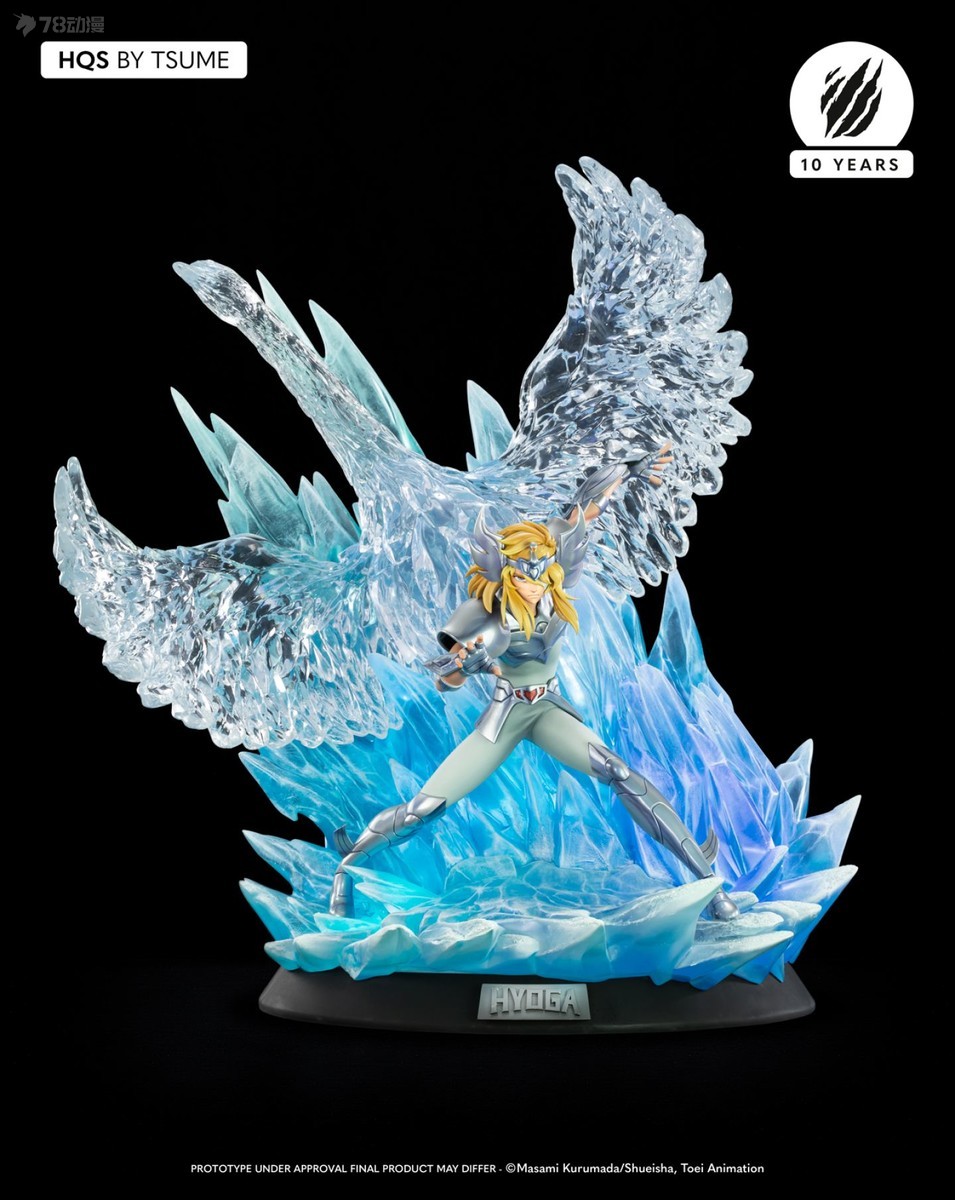 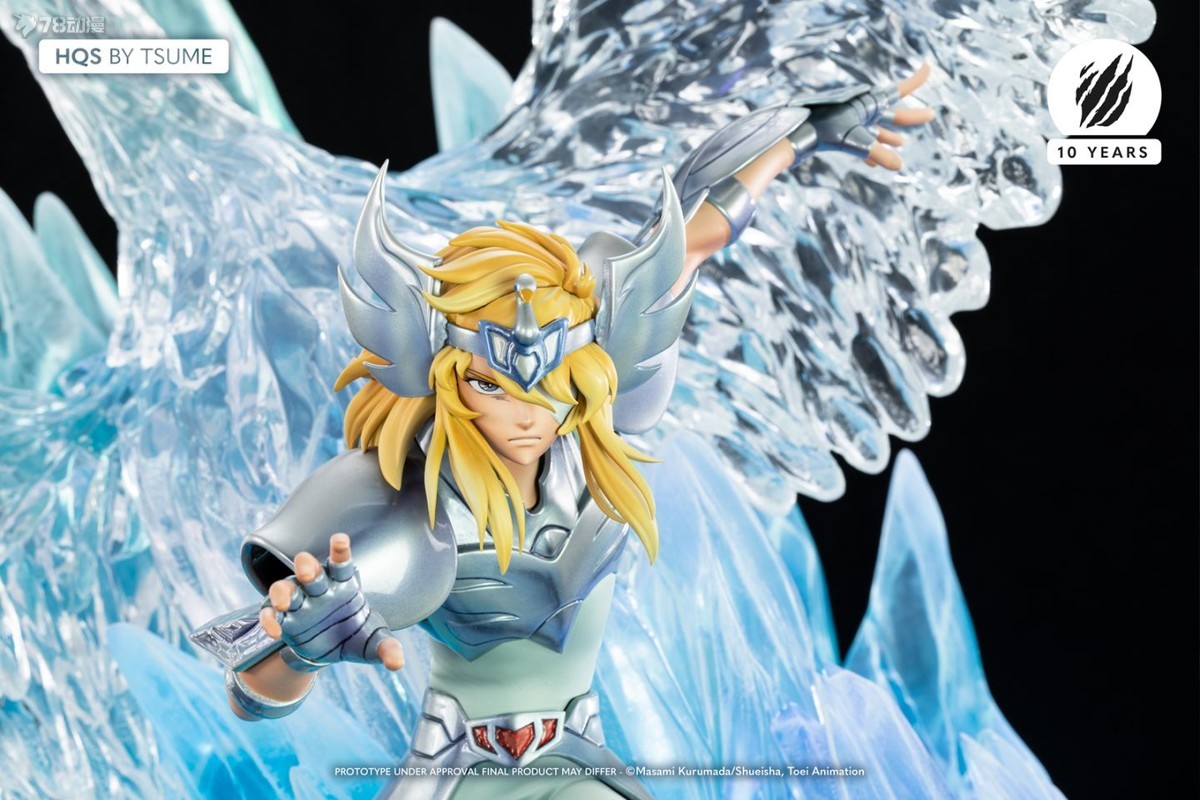 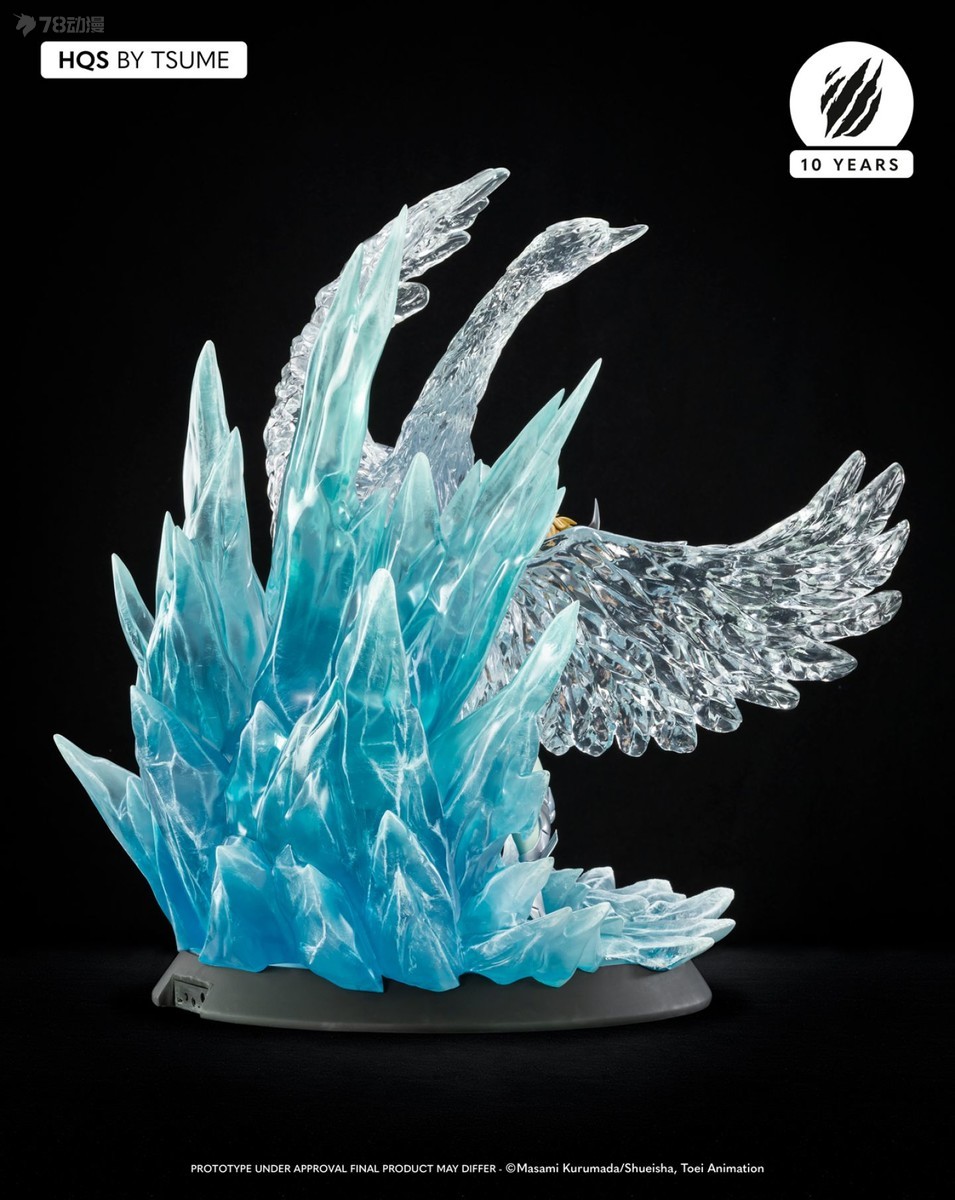 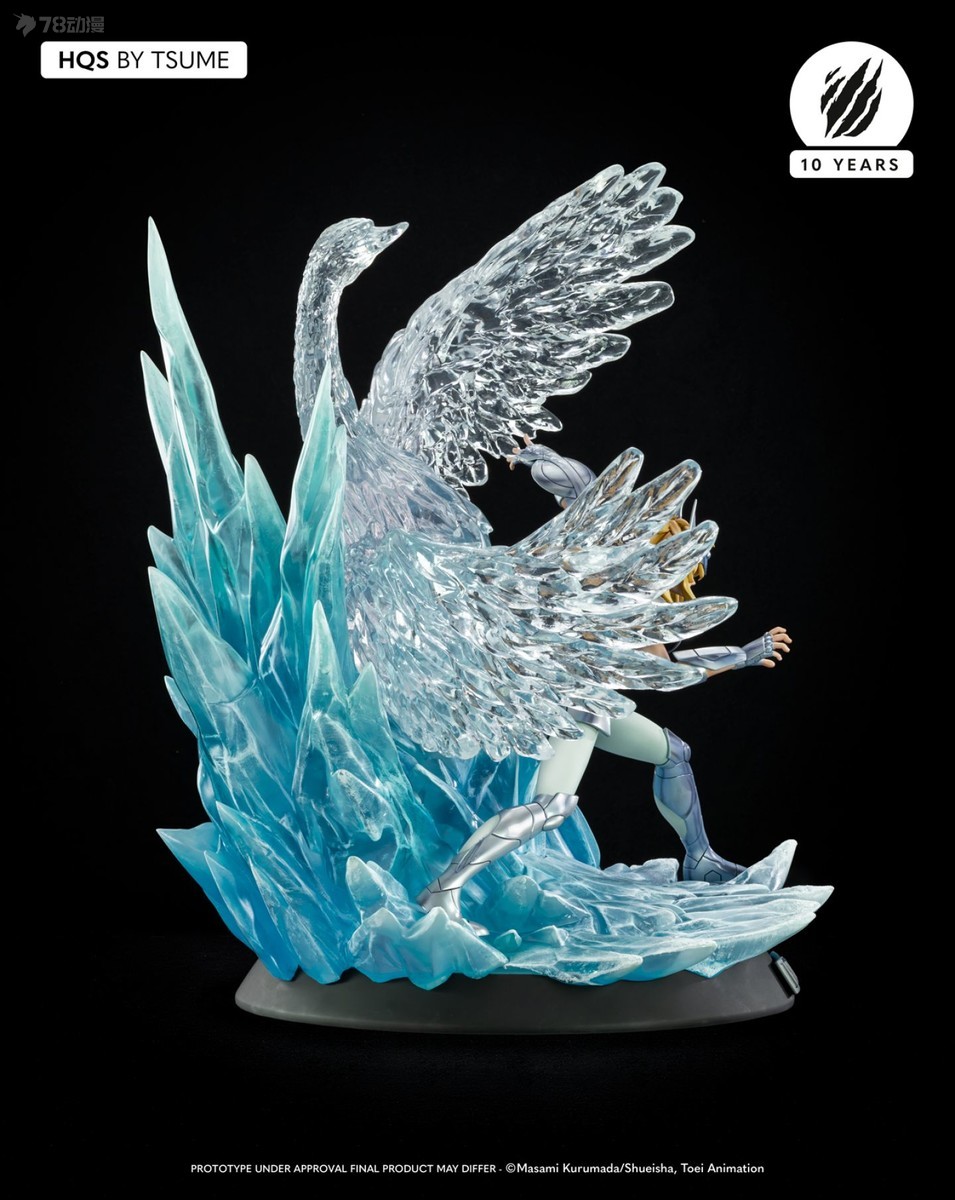 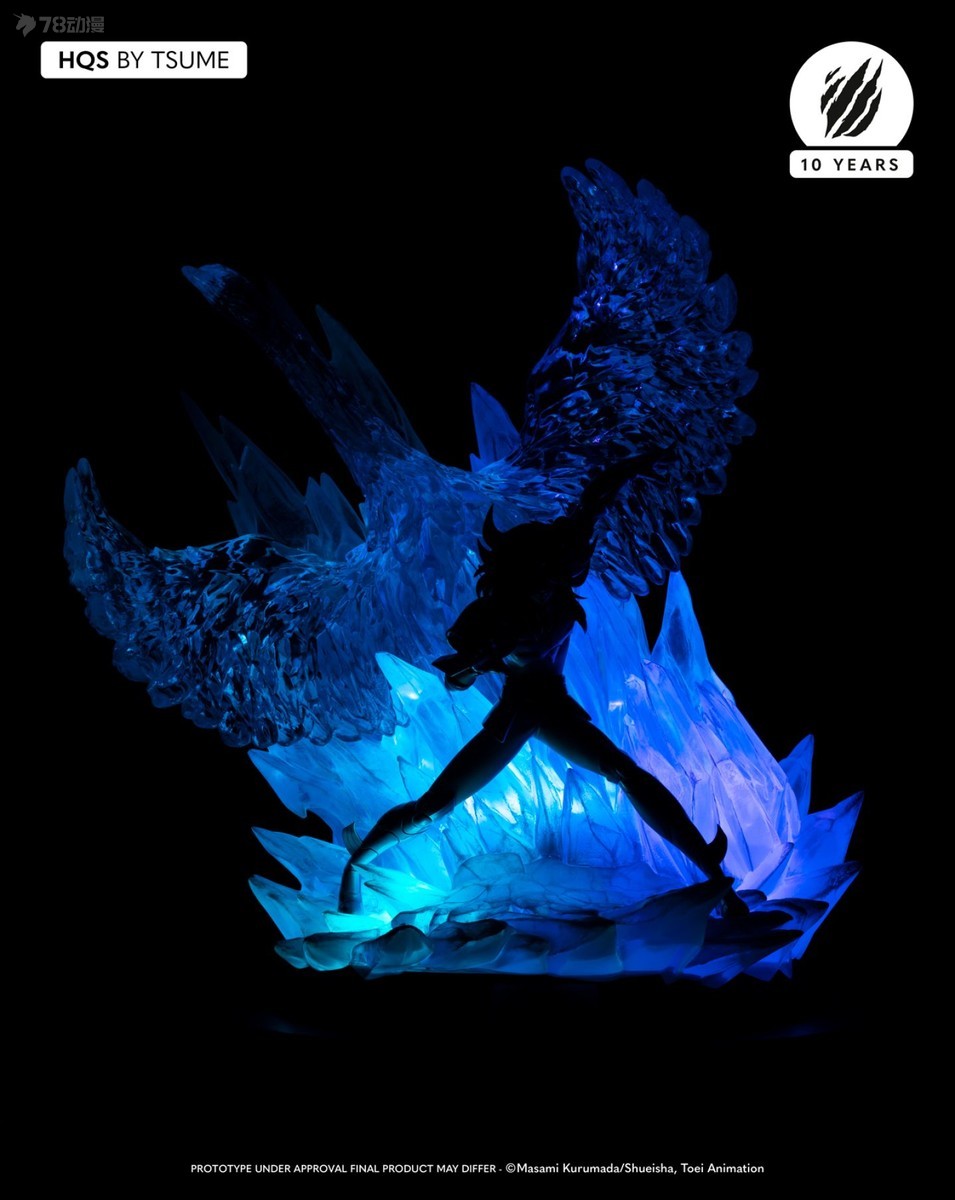 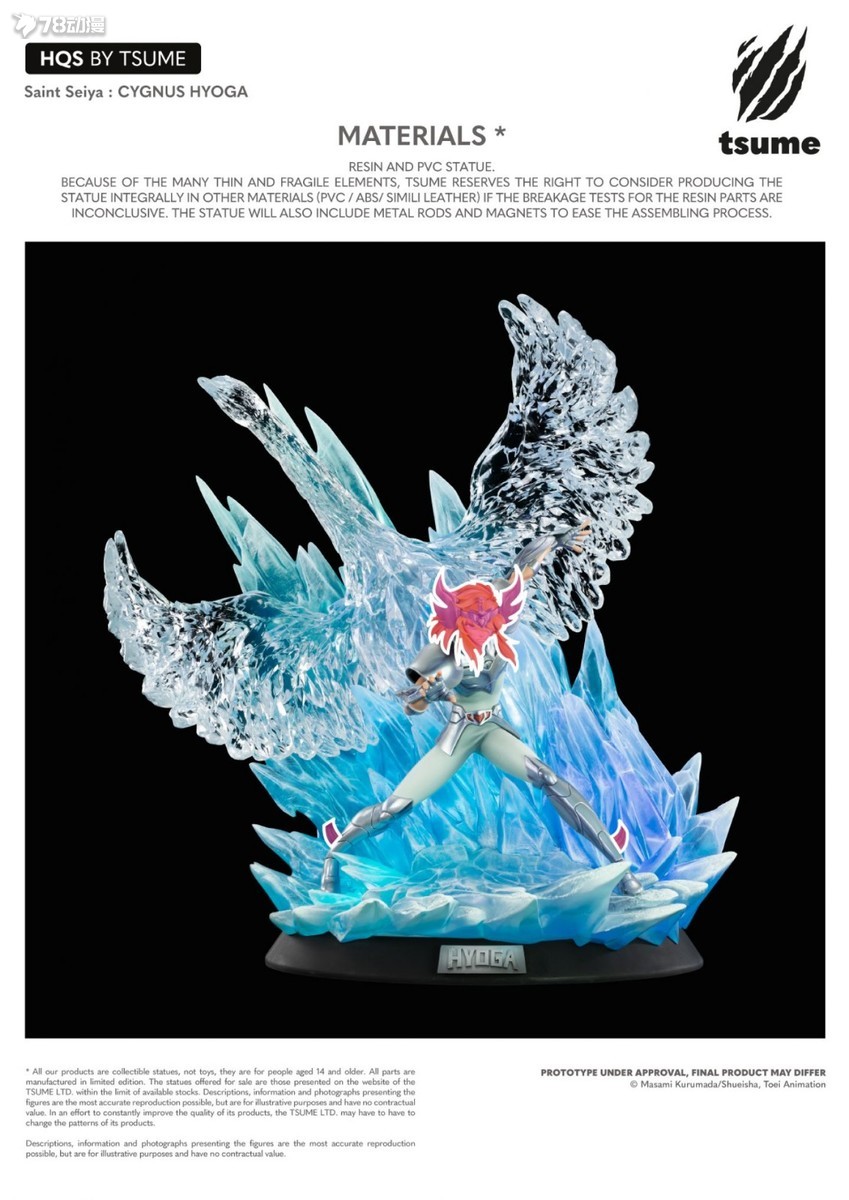 Following in Aquarius Camus HQS’ footsteps, the formidable Bronze Saint colder and terrible than ice, reinforces the lines of defense of the Goddess of Justice and War : here is Cygnus Hyôga HQS by Tsume!

This statue traces the story and development of the Graad Foundation orphan and reminds us of his cold first victories! Indeed, the ground covered with frost and peaks of ice in translucent resin ranging from navy blue, to turquoise then to water green, reminds us of the desolate landscapes of Eastern Siberia and its freezing temperatures. It is by destroying this eternal glacier that Hyôga wins the Cygnus Cloth and flies towards his destiny, like the Cygnus’ representation in transparent resin ensuring his way. Redrawing his course and the obstacles removed since this key moment, we see here the Bronze Saint, as in the Hades chapter, ready for combat, in his V3 myth cloth with metallic reflections and cold green-gray shades, which has been repaired thanks to Athena's blood. Using his hands, he is drawing the Cygnus’ constellation, as a light from the dark abyssal depth shoots up to the surface to illuminate his path. This powerful fighter who has grown a lot, is now Seiya's ally and a staunch defender of the Goddess of Wisdom and her just cause! Hidden under his blond hair, we notice the bandage on his injured left eye in repentance to Isaac, during Poseidon's chapter. His cold appearance and ruthless icy blue gaze reflect his innermost nature: although he shows no mercy for his ennemies, he will give his heart and soul to defend his loved ones!

The statue comes with a numbered plate and a certificate of authenticity.

Estimated release date: 1st half of 2022