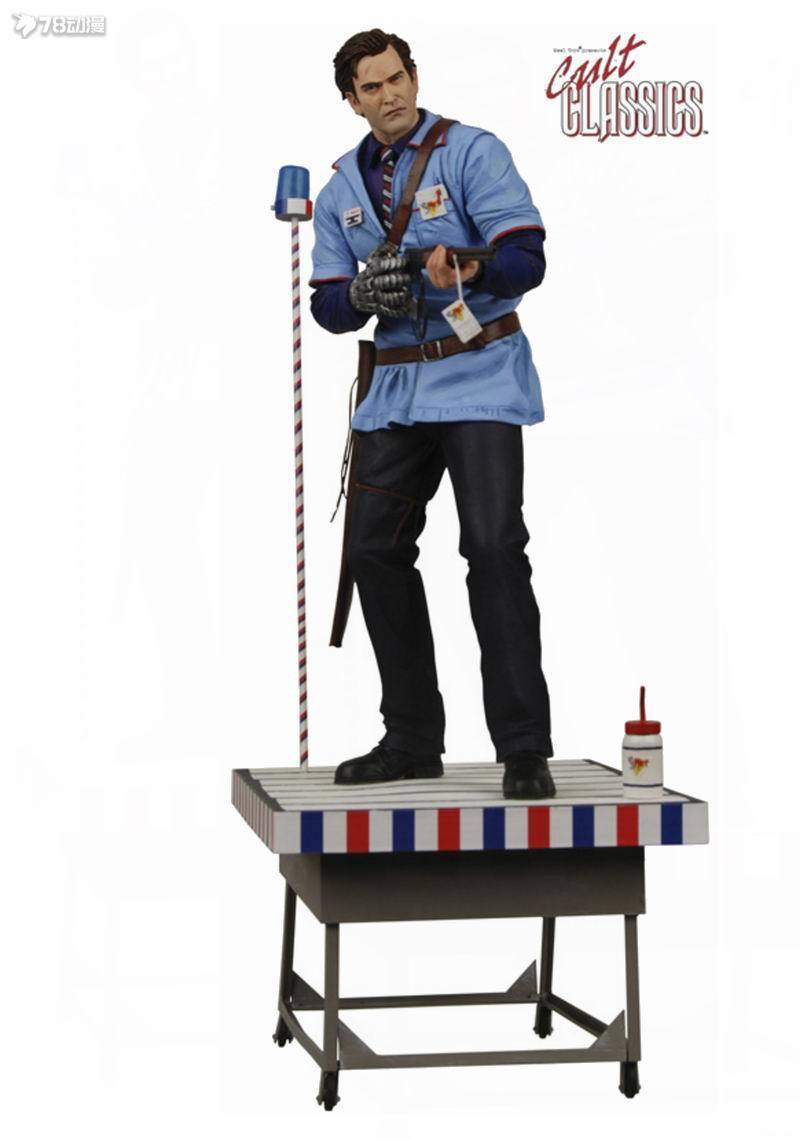 The second Ash Williams figure in the line. This marked the only 7″ release NECA has done of Ash in his S-Mart outfit (that I could find). It’s another excellent take on Bruce Campbell’s defining character. The figure includes a blue-light special cart as a base, a shotgun and a water bottle.