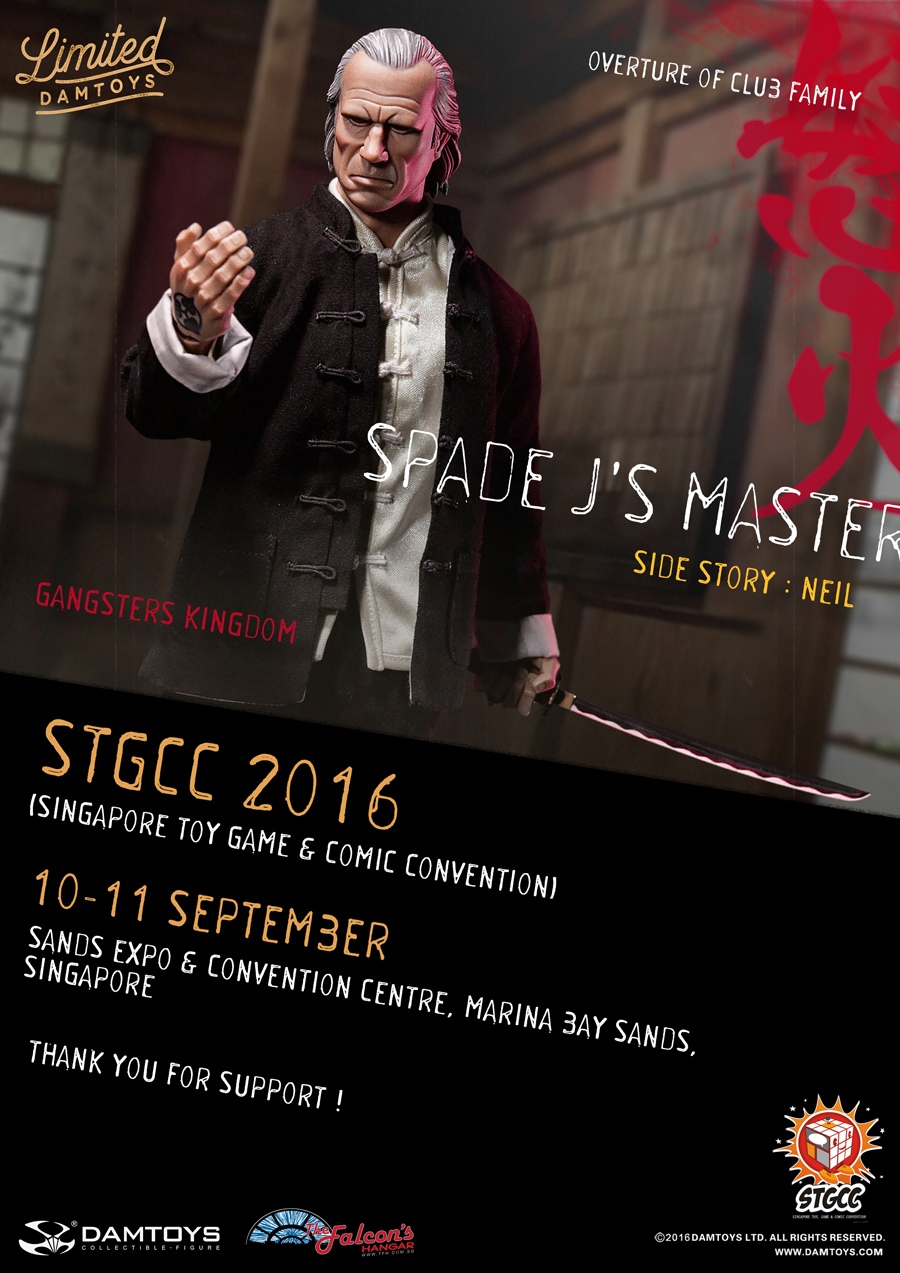 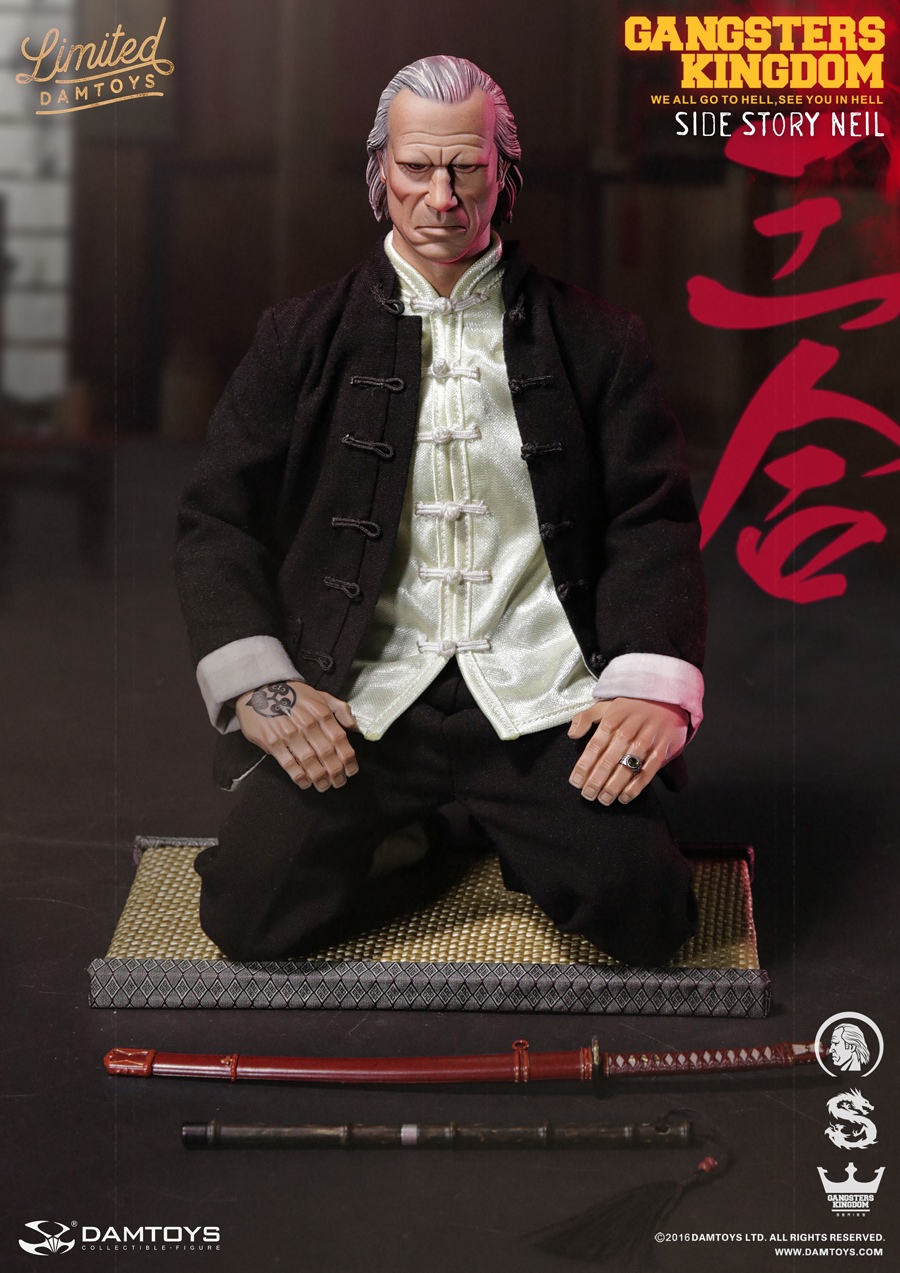 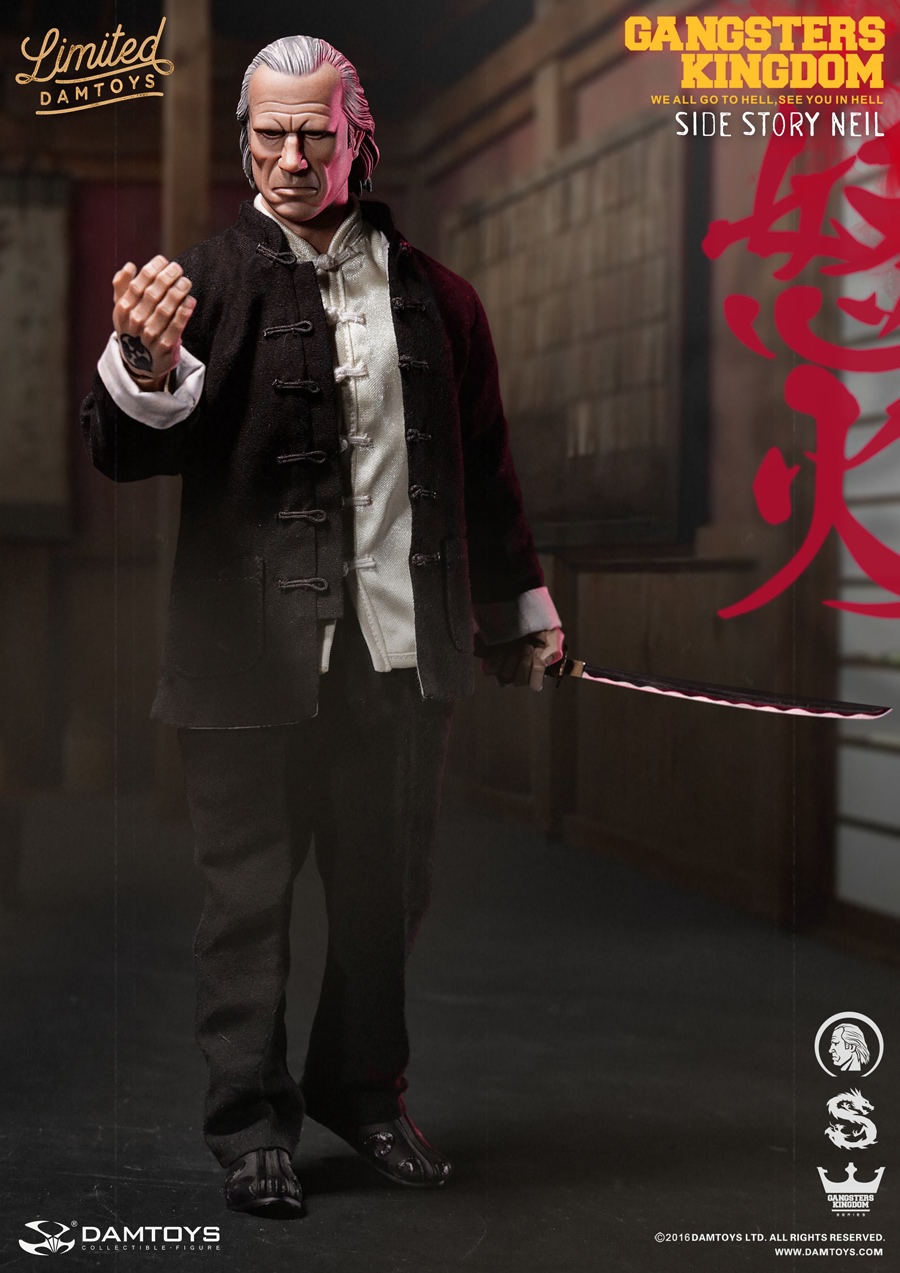 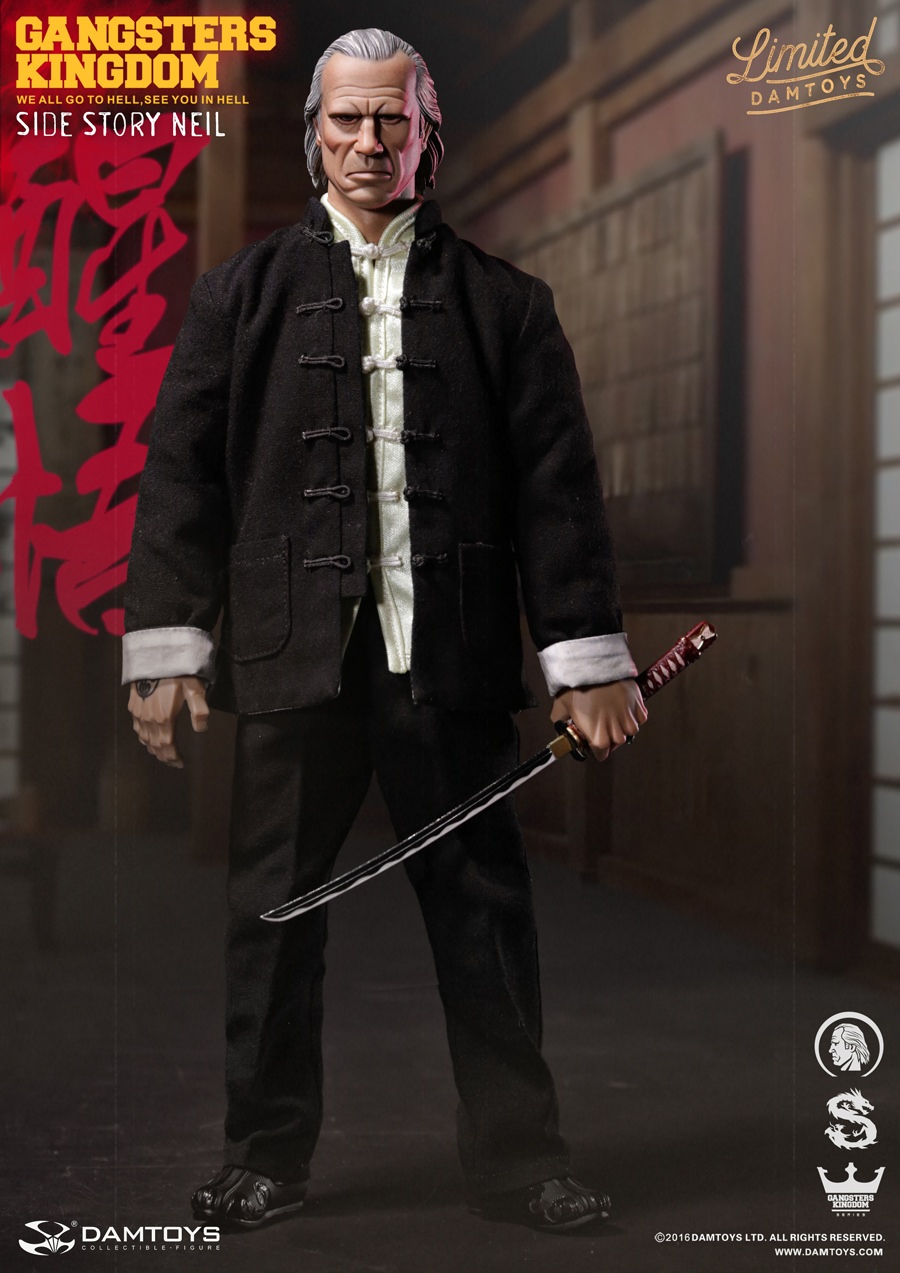 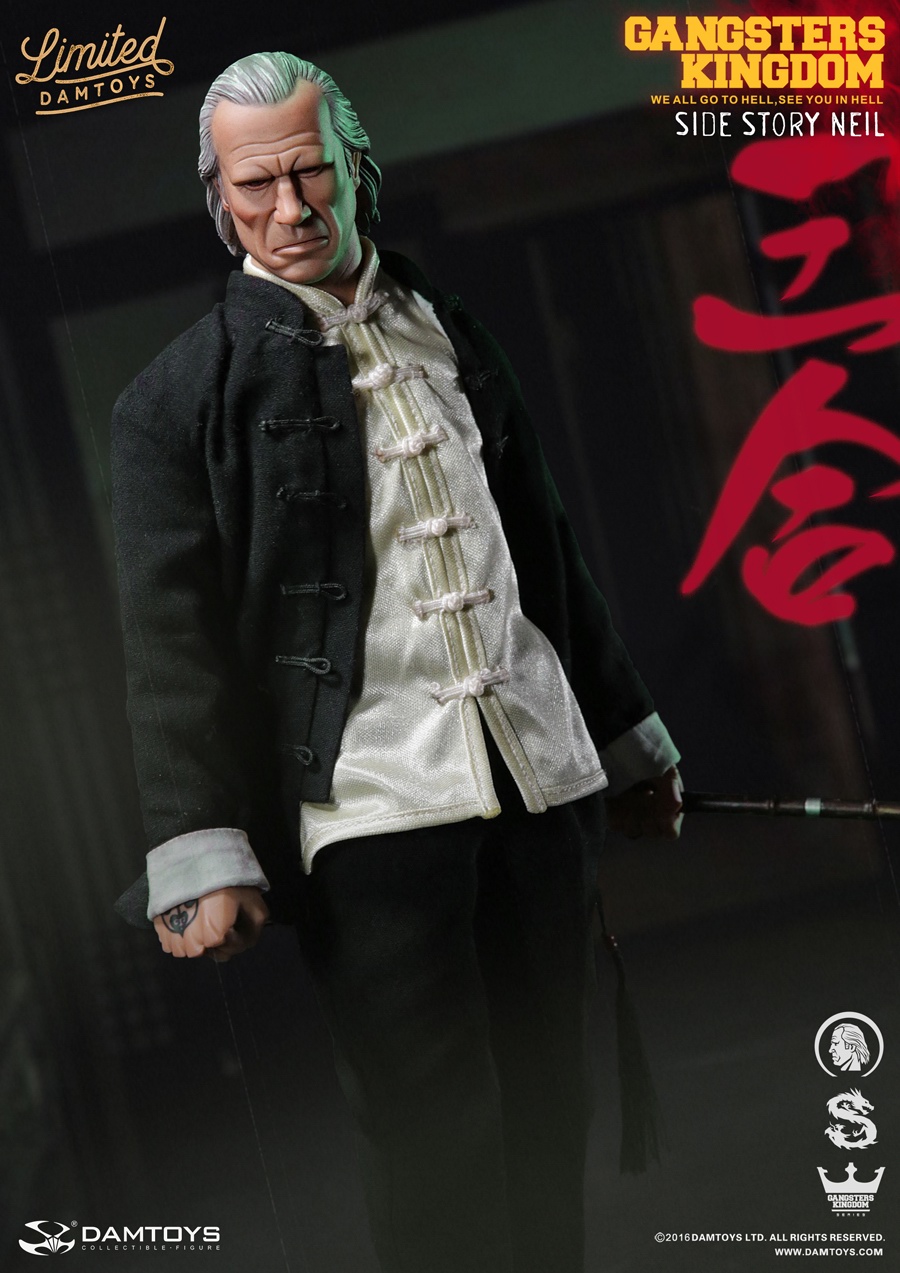 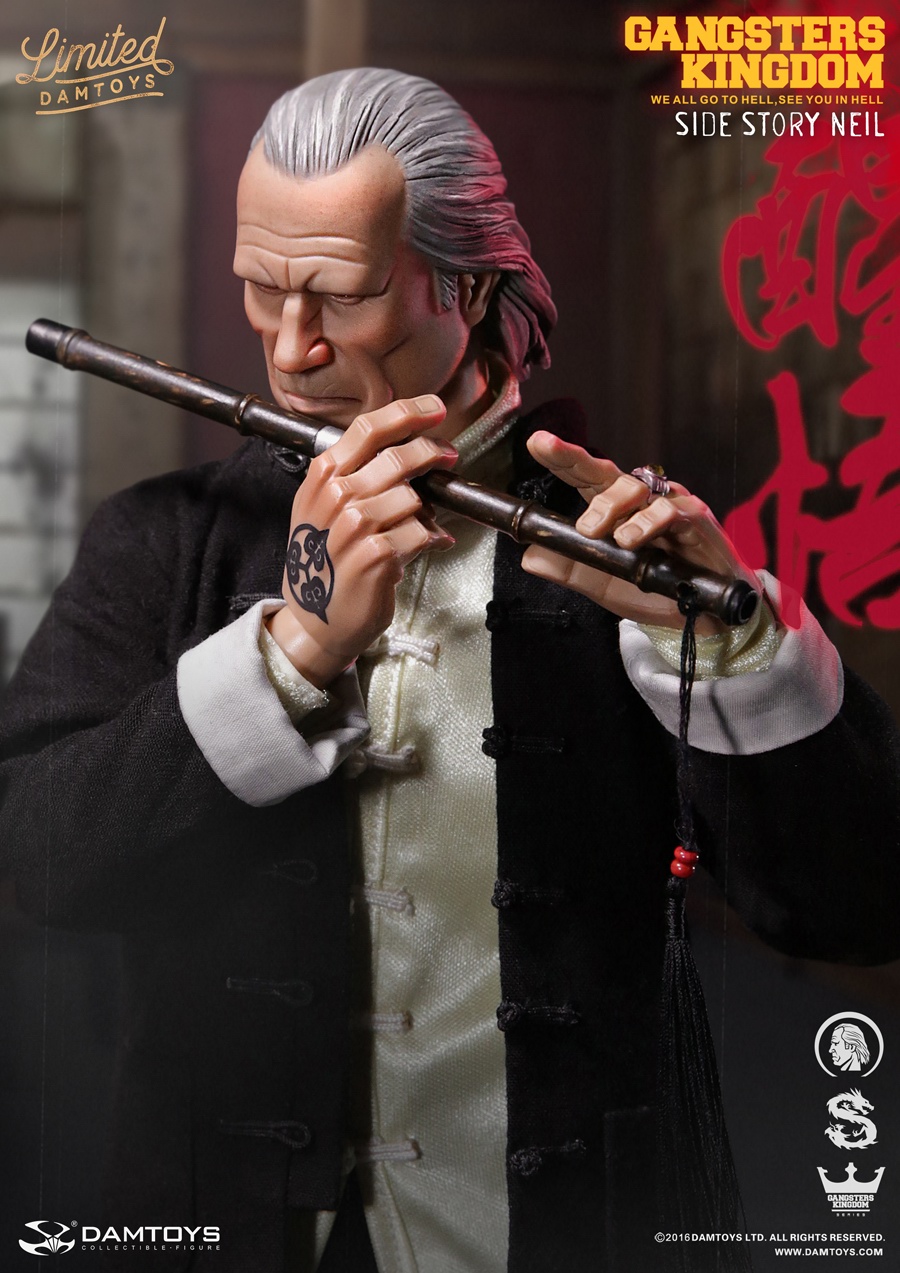 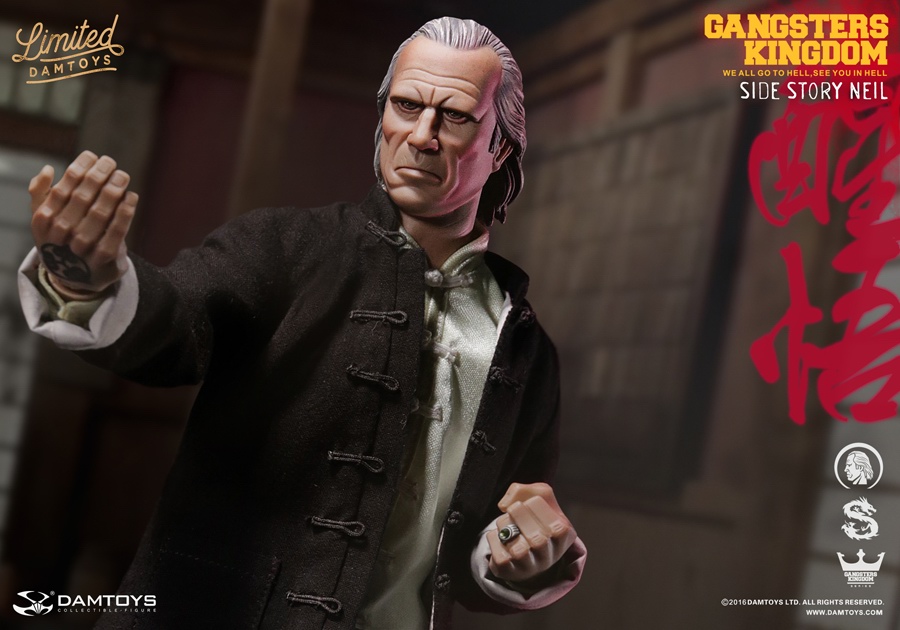 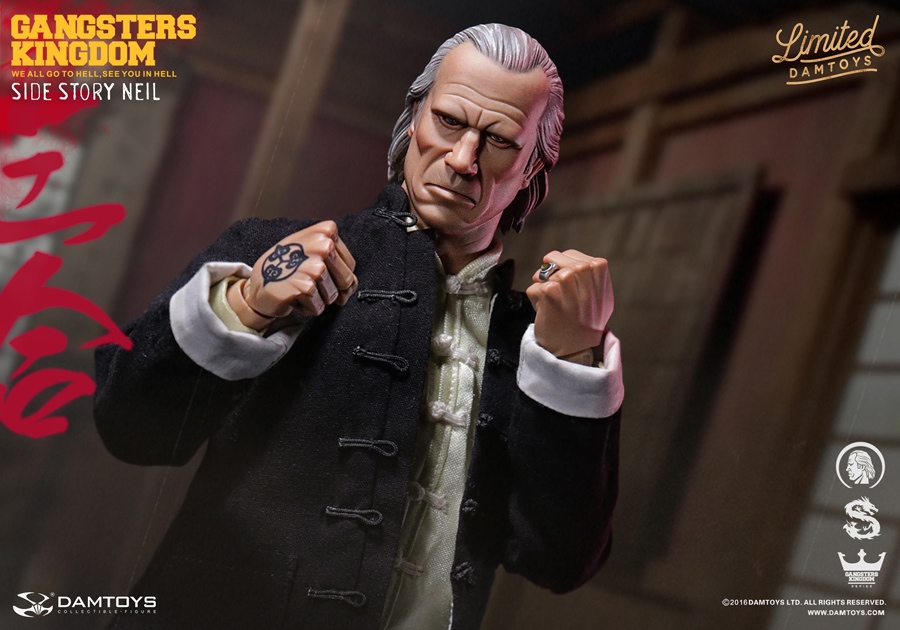 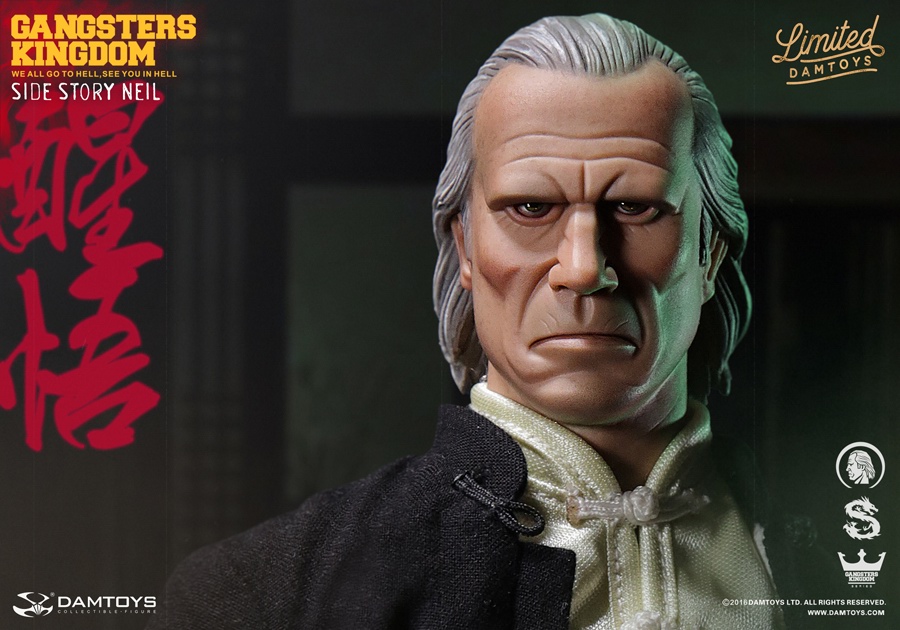 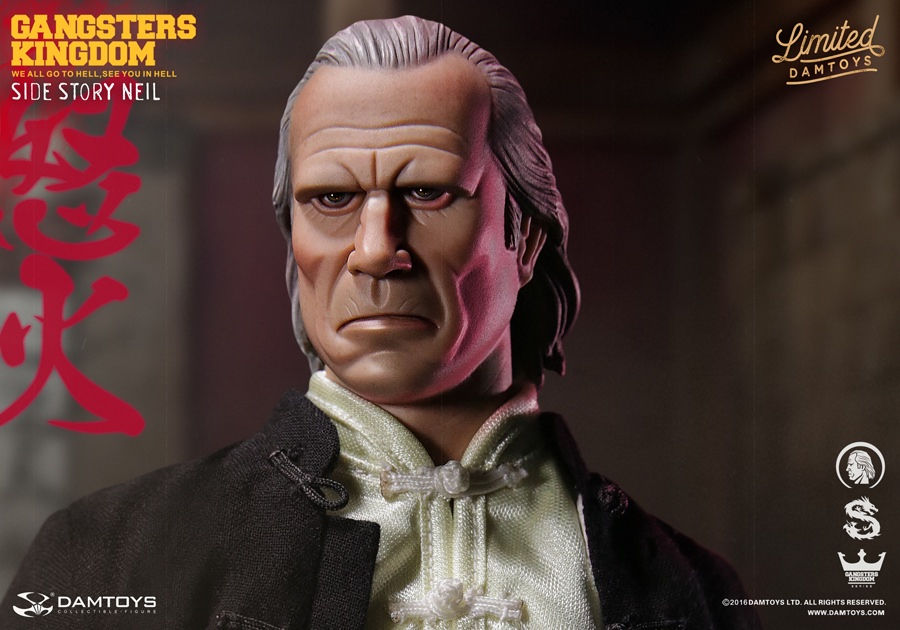 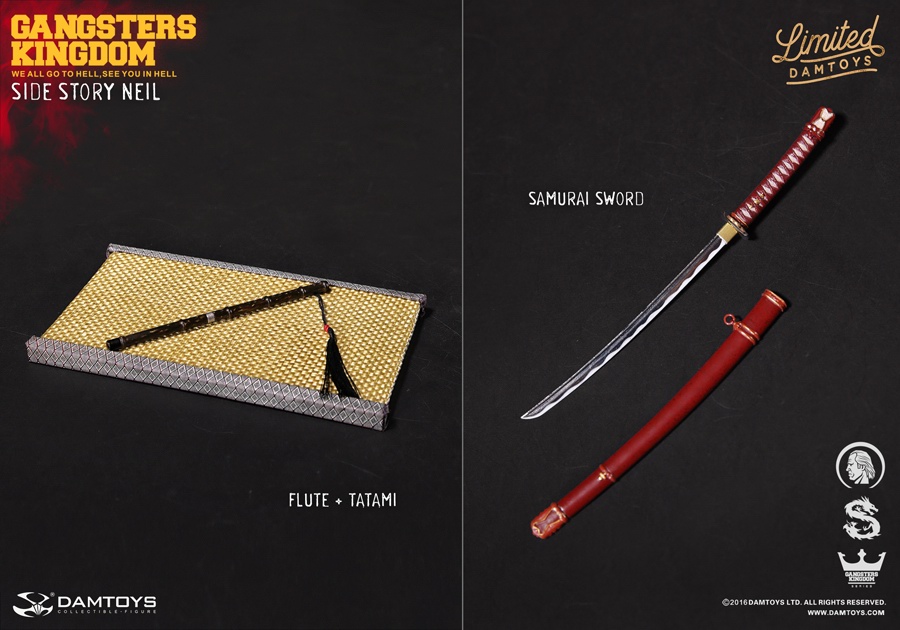 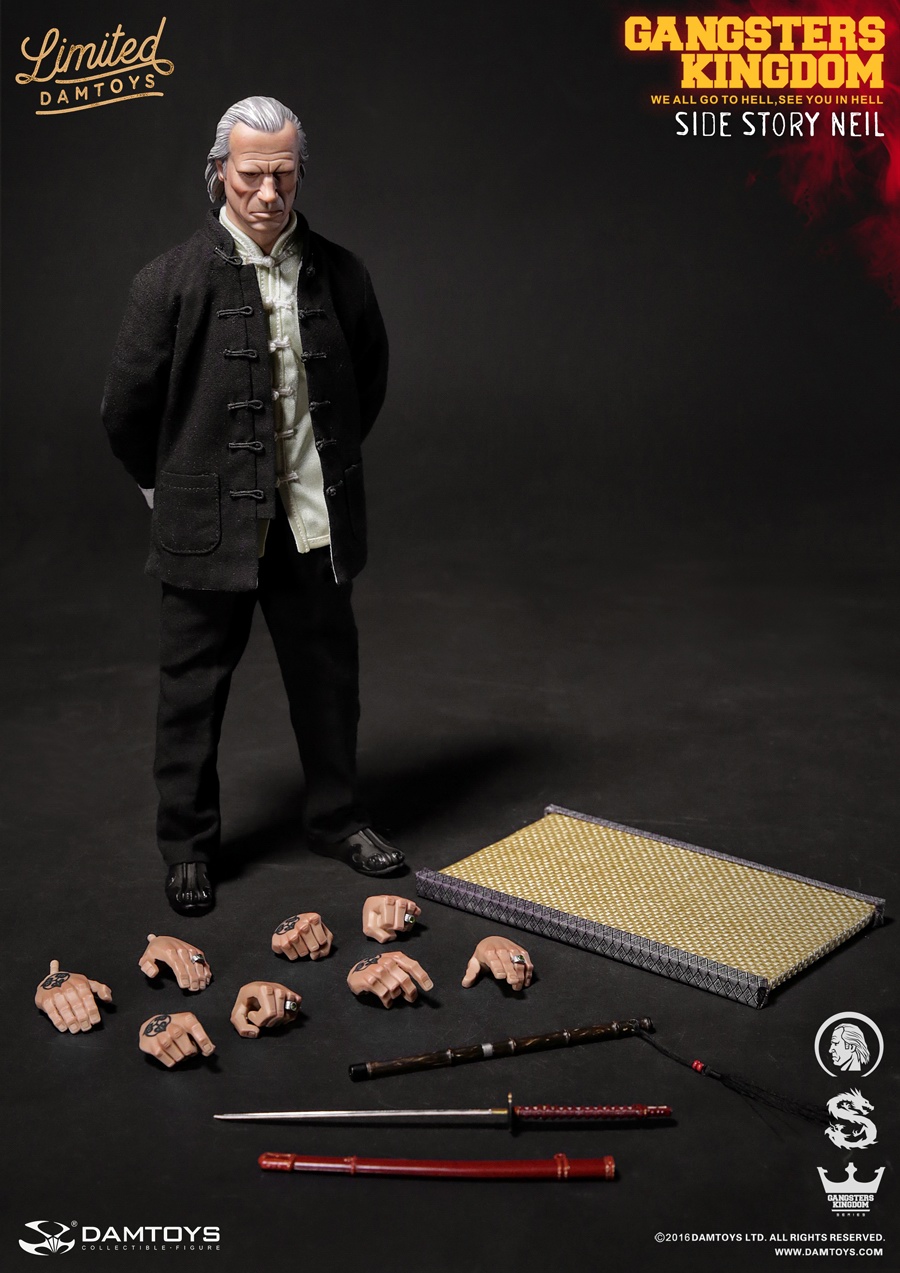 Wrath is easy to get. Chance is hard to wait for.

尼尔右手背上得三叶纹身，象征着和洪武小次郎之间的友谊。
The three leaves tattoo on Neil’s right hand, which symbolize his friendship with Hong Wu and Kojiro 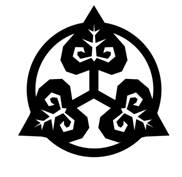 尼尔胸前的欧洲龙和东方龙纹身，代表着他希望自己是个白种人也是个黄种人。
The European dragon and Oriental dragon tattoo on his chest, which means he wanted to be on both the White and the Yellow race. 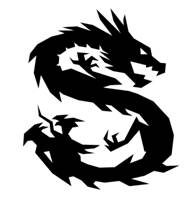 ..........................................................................................................
Side Story：Neil
Wrath is easy to get. Chance is hard to wait for.
Neil is a British guy who earned his fame among American gangsters. He is the only white man respected by either British, Japanese or Chinese gangs. His grandfather was a lieutenant of an early British gang in America. His father was sent to China for family business in the 50s and took young Neil to Guangdong, where Neil spent his childhood. For safety concerns Neil’s father hired many local masters of martial arts as bodyguards. That was when Neil started to fascinate about mysterious Chinese Kong Fu. Not only did he learn several sets of Kong Fu from their family bodyguards, he also made friends with Hong Wu, who has become the boss of Triad nowadays. In the 60s, to avoid the political turmoil, Neil’s father took Neil along with the family business to Japan. During their several years in Japan, Neil saved a teenager who was hunted by rival gang- who turned out to be the oldest son of the boss of a Japanese gang, Kojiro. Showing his gratitude, Kojiro’s father taught Neil their family heirloom – Kenjutsu.
Neil returned to the US in the 80s. He earned his places in the gang through his exceptional Martial Arts and Kenjutsu, and soon was selected to be the successor. However, just when he reached his top, his uncle usurped the power, killing Neil’s grandfather and other veterans. Neil’s father was abducted and went AWOL. Neil had to appeal to his friends- Hong Wu and Kojiro. With the help from both gangs, Neil executed his uncle and became the leader of this generation. To show his appreciation and honor their friendship, Neil had a tattoo on his hand, which was a symbol of three leaves linked together.
Time went into the new millennium. That was when Neil started to fade off from the gang and live in solitude. But he still had his great prestige among Japanese and Chinese gangs, helping them to coordinate. Ogier was sent to be an apprentice of Neil by his gang when his was quite young. But he was not as addicted to Kong Fu and Kenjutsu like the 5 of Diamond was. Ogier was more of a free combat guy. That did not discourage Neil from teaching him and culturing him to be his successor.
One night on the mountain on the wild-west, in a heavily guarded villa, Ogier appeared in a Japanese-style room
“Master, I want revenge.” Ogier kneeled down in front of Neil.
“I have two weapons. You can choose either one.” Neil spread his hand.
Ogier was confused by the two choices before him. One was a Katana, the other one was a big flute.
“Hard to choose? Both kills.” Neil smiled.
Ogier did not hesitate to pick up the Katana. He nodded to his master.
Neil was still smiling. He took the flute and played a little, “you think this can’t kill, don’t you.”
Ogier stared at his master, “This one fits me better.”
Neil pointed the flute at Ogier and said, “If you can cut this flute, then the Katana fits you better.”

The second Ogier had a cold gaze and tried to pull out the Kanata, the end of the flute poked at his joint, made him numb and slow. The next, tassels on the other end whipped on Ogier’s hand, which almost caused him to drop the Katana. Subconsciously, Ogier dodged and tried to pull again. Once again he was poked by the flute. Several acupoints on his arm was punctured by the flute,like a flash light. Ogier’s attempts was dissolved. He never had the chance to pull out the Katana.
“Your wits are hidden, just like this Katana wrapped around by its scabbard.” Neil was still smiling.
Awaken by the master’s tip, Ogier learned something. He stopped trying to pull, but attacked directly with the scabbard. Neil’s flute fought with the scabbard for a few rounds, but it was hard to get close to Ogier’s arm again. Fighting off an attack from the master, Ogier finally pulled out the Katana along its flow. With a clear ringing tone, half a flute fell to the ground.
Neil had the other half flute in his hands, “Do not let vengeance cloud your reasons. You need a chance.”
Ogier retracted the Katana. He stood up and bowed to his master with respects.
“I spent a whole month making this flute. What a waste.” Neil tossed what’s left out. That half of the flute was deeply stung into the wood pillar outside.
DAMTOYS 1/6 Gangsters Kingdom - Side Story - Neil  （STCC & CICF Ver.)
DAMTOYS 1/6 黑帮王国 - 番外篇 - 尼尔/Neil  会场限定版
1.头雕
2.素体
3.白色t恤
4.黄色真丝练功服
5.黑色练功服
6.黑色练功裤
7.日式榻榻米
8.笛子
9.日本武士釖
10.练功鞋
11.白色袜子
12.裸手x8只
DAMTOYS 1/6 Gangsters Kingdom - Side Story - Neil  （STCC & CICF Ver.)
1.Headsculp
2.Action bady
3.White T-shirt
4.Yellow silk uniforms
5.Black uniforms
6.Black athletic pants
7.Tatami
8.The flute
9.Samurai sword
10.Shoes
11.White socks
12.Palm x8
2016新加坡STGCC玩具、游戏和漫画展会即将开幕！
我们将在STGCC展会首发限量预售DAMTOYS 2016会场限定品第一弹- 黑帮王国系列-番外篇-尼尔（GKS004）
本次由DAMTOYS新加坡代理The Falcon’s Hangar负责销售.
展会时间：9月10-11日两天，
展会地址：新加坡宾海湾金沙展览中心
（注：此次STGCC为限量预售，现货将于国庆假期广州CICF动漫展限量发售）